Roofit Solar Energy, company in Tehnopol’s greentech portfolio, have had many prestigious awards and attention from both Estonia and Europe this year and this summer they are expanding to Scandinavia.

In January, they were awarded the Environment-Friendly Product 2018 Award by the Ministry of the Environment. They also became one of the 15 finalists at the Start Up Energy Transition (SET) Award 2019 contest (category: Low-Carbon Energy Production) and they got the opportunity to perform at the International Startup Conference in Warsaw – Wolves Summit, which is one of the largest of its kind (450 candidates from 80 different countries). This time, the conference focused on technologies that contribute to the purification of the world. Roofit.solar was the only one from Estonia to perform at Wolves Summit’s main stage. (source: magazine Jälg)

In addition, Roofit.solar got noticed by Innoenergy and received direct access to PowerUp! Final, which is the largest greentech startup contest in Central and Eastern Europe. PowerUp! Estonia final is organized by Tehnopol as a representative of Innoenergy Estonia. The main prize of the competition is € 150,000, which last year was brought home by the green technology company Zubax Technologies, growing in Tehnopol, so we keep our thumbs up this year as well!

Roofit.solar, founded in 2016, has developed a unique roofing material in the world that looks like a plain roof and can produce electricity as efficiently as conventional solar panels. The company’s unique solar roofs will be able to compete with the best in the world, such as the Tesla “solar roof” system, in terms of price, delivery time and installation speed. 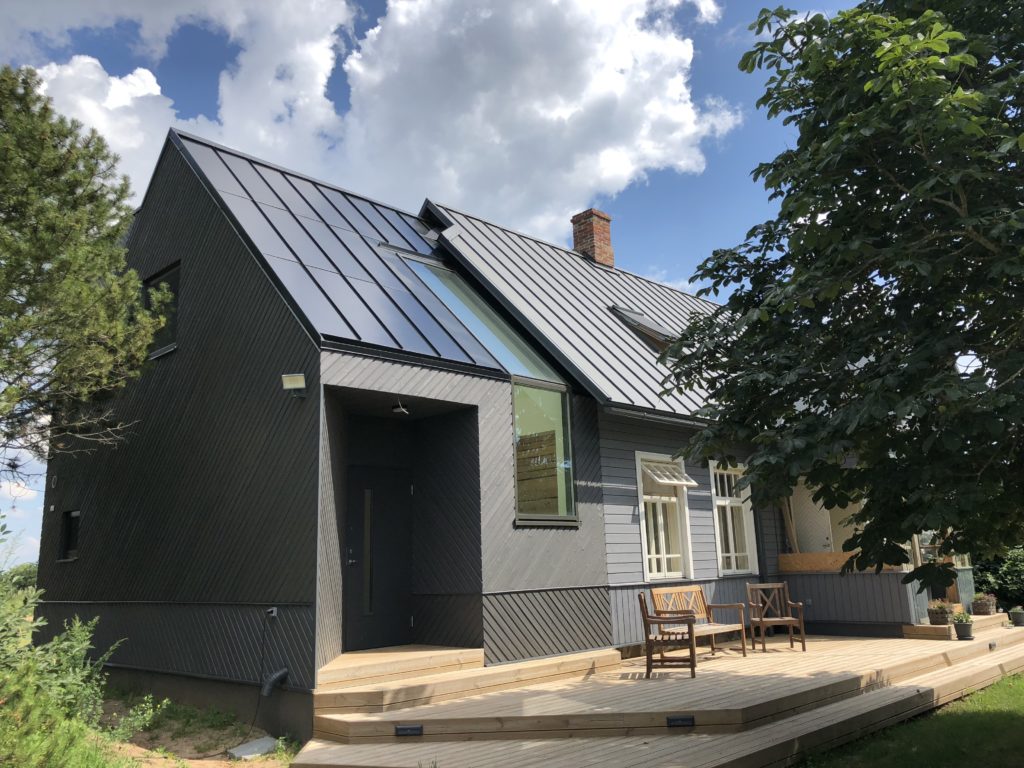